We are so thrilled to introduce you to the newest member of our team: Dr. Dennis Hartung. Dr. Hartung joined our practice in January 2015. Many consider Dr. Hartung a legend in the Twin Cities birth community. He has a reputation not only for being a stellar OB/GYN, but also for being very supportive of natural birth and very empowering of the women and families under his care. He is appreciated by many of his patients for his remarkable calm, caring, approachable, attentive, and down-to-earth bedside manner and incredible skill. Welcome Dr. Hartung.

What is your role at Health Foundations?

I am an OB/GYN physician. I see patients that need care for their birth at the hospital, but who would like to be seen at Health Foundations. I also offer well woman and gynecologic care, including managing surgery for those who need that as part of their GYN care.

What is your educational background/training?

I received my B.A in Biology at Boston University in Massachusetts. I later earned my Medical Degree at the Uniformed Services University of the Health Sciences in Bethesda, Maryland. I received further OB/GYN training at the Walter Reed Army Medical Center.

Where were you born?

I was born in Billings, Montana in June 1958. I was born in a hospital and don’t know a great deal of detail about my own birth. I heard that my mom did not have a name picked out for me and that she named me after her OB.

Has anyone ever named a child you’ve helped deliver after you?

Not to my knowledge!

Where have you lived beside Minnesota?

I have lived all over the place! Growing up, my dad’s work took us from Billings and Bozeman, Montana to Yuma, Arizona. After my parent’s divorce, we moved west to Salem, Oregon. After that I moved around a lot with the Army to Clarksville, Tennessee; Hampton and Little Creek, Virginia; Brookline and Brighton Massachusetts; North Pole, Alaska (seriously); Ft Campbell, Kentucky; Fort Bragg, North Carolina; Fort Benning, Georgia; and San Antonia, Texas.

My favorite place I’ve lived has to be North Pole, Alaska. I worked for the Army as a medical doctor up there and our family just loved it there. It was colder, but my wife and I always say that Minnesota/Wisconsin feels colder much of the time in the winter. North Pole was a great place to raise our kids—we had a tightknit and very supportive community. We loved that wilderness was everywhere, all around you. Living in Alaska, you really have to adjust to the rhythms in a place where it is virtually dark 24 hours a day for a few months a year and then light for 24 hours a day for months. You could be out washing your car and realize it was 1am in the morning! But it was just a really cool place to live.

Where do you live now?

I live in Hudson, Wisconsin. We’ve lived here for 9 years. My wife’s parents live on the east coast and my parents on the West, but neither of their home states really attracted us—they are not particularly doctor-friendly from malpractice and other standpoints. So knowing we wouldn’t live on either coast freed us to look around. We looked in the northern US—we wanted the 4 seasons and a place that didn’t get too hot and humid. I was eligible to retire from the army at this point…so we interviewed for a job here and fell in love with Hudson. We loved the small town feel with proximity to the Twin Cities. It has been a great place for our kids—good schools and after-school activities.

Can you say a little about your family?

I have been married to Linda for 33 years, and we have three kids: Rebekah (28), John (25) and Aaron (21). My wife and I have two cats named Rue and Sega. I have a younger sister named Jani who lives in Turner, Oregon, just outside of Salem. 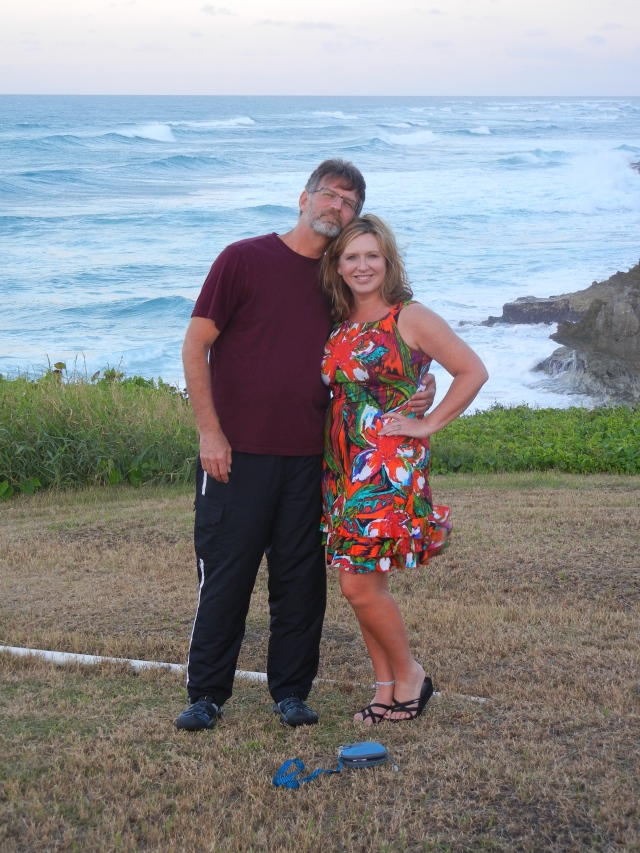 What led you to the Army?

When I was finishing up with high school, I didn’t have the financial means to go to college. My music teacher recommended I audition for the Army band as a flutist and get military college benefits. I was accepted and played flute for 6 years in the army. I received an army scholarship for my education with the expectation that I would serve the army as a doctor when I was done. I spent about 12 years as a student/resident and then about 11 years post-residency as an active duty army physician in OB/GYN care.

What is one of your favorite things to do when you are not at Health Foundations?

I am a flutist and still play regularly at church and other times/places that I can. I love gardening, hiking, and canoeing.

What is one of your favorite restaurants in Saint Paul?

If you could get on a plane tomorrow and travel anywhere in the world for free, where would you go?

Ireland. My wife and I went there for our 25th wedding anniversary and were delighted by it. We want to go back sometime.

What inspired you to get into your field?

Being present for the birth of my daughter—our first baby. Our daughter was born while I was in college. We had a hospital birth with midwives and our care was much like what is offered at Health Foundations. Watching my wife go through labor (and later holding my newborn girl skin to skin) had a profound impact on me and really influenced my later decision to become an OB/GYN. At first, when I started college, I thought I wanted to become a dentist because I was fascinated by dental instruments. However, I spoke with some dentists during my college years and they really discouraged me from pursuing dentistry. Then I thought I wanted to go into surgery but I didn’t enjoy my surgery rotation during residency at all. When I had my OB rotation—by this time we had also had our middle son—I just knew that this was a good fit for me and that I wanted to serve women and families as an OB/GYN.

What is your philosophy on birth?

A woman’s body can do it. Let’s approach it allowing normal physiology to take place without fussing. Then if there are difficulties, begin a stepwise intervention to facilitate a healthy birth, for mom and babe.

What do you wish all Health Foundations families knew?

THEY CAN DO IT!

What piece of advice or wisdom can you share with pregnant or new mama readers?

In our culture, unsolicited advice and “birth stories” are often told to moms-to-be. People don’t mean to be rude, they often just don’t know what else to say. Humor them, thank them and then let your body do what it was designed to do. Surround yourself with the support you need to get through it.

We invite you to share your pregnancy, birth, and parent stories with us! Please email jaime@health-foundations.com with your stories or questions about sharing. Thanks!!!